If you have a backlog of projects piling up because there just aren’t enough hours in the day, you may consider hiring interns to help you get caught up. This can be a great idea that provides benefits for your company and the students.

However, if you want help from interns, don’t expect to get it for free. The requirements for unpaid internships are strict. In recent years, there’s been a wave of legal actions taken by those who’ve served as interns. They’ve accused employers of violating the federal Fair Labor Standards Act (FLSA) and/or state laws by not paying them. 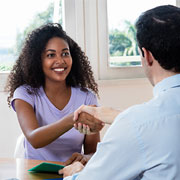 The Department of Labor (DOL) has a six-factor test that you can use to determine whether a relationship with a worker could qualify as an unpaid internship. Keep in mind that this is a test, not a law. But don’t take it lightly — or you risk the possibility of incurring a fine or other legal action.

The DOL factors that must be met before an internship can be unpaid are summarized in the box below. If all of these circumstances are not met, then the internship should be paid.

As you evaluate the factors, an old saying may come to mind: “You get what you pay for.” Based on the Labor Department’s six-factor test, an employer isn’t permitted to receive much — if any — benefit from the labor of an unpaid intern. If real help is what you’re looking for, you’re generally better off paying interns.

Also, by compensating them, you establish that you’re confident in assigning interns actual work and allowing them to contribute to your organization. This benefits both parties. You may also find out through this short-term employment period that an intern would make a good future employee.

Assuming you decide on a paid internship, the next question is, how much should you pay? Interns are covered under the FLSA, so generally they must be paid at least the federal minimum wage, which is currently $7.25 per hour. However, if your state or city minimum wage is above that, you’re obligated to pay the higher amount.

Paid interns must also be given overtime at one and one-half times the worker’s regular rate for all hours exceeding 40 in a workweek.

Keep in mind, the minimum wage is just that — the minimum you can pay. You may be able to attract a higher caliber of interns (and a larger pool to choose from) by paying more.

A common practice is to base the pay rate on how close interns are to receiving their degrees. In general, an intern who’s within a year of graduating brings more skill to a job than someone who’s only getting started. When setting wages, another issue to consider is an intern’s college major and how it fits in with your company’s industry.

Ensure You Comply with State Laws

Be aware that internship regulations vary by state. For example, most states include unpaid interns in their workers’ compensation laws. Consult with your payroll tax and human resources advisers and your attorney to ensure you don’t run afoul of the applicable laws.

To recap, the landscape for interns has changed dramatically in recent years. However, hiring interns can still be a win/win situation for your business and the students. But if you want to hire interns and you expect them to actually perform work that benefits your company, your organization is better off paying them.

In the long run, you’ll get some work done at a reasonable cost. You’ll also have an opportunity to evaluate interns as future employees, while avoiding potential legal pitfalls that may be associated with unpaid internships.

Intern’s Work Must Be Training

An employer must pay an intern at least the minimum wage unless the internship experience passes all factors in this test issued by the DOL: